Tesla CEO Elon Musk’s bold claim that he could bring his electric-car company private at $420 a share was, in fact, a juvenile marijuana joke, according to federal regulators — a jest that could now cost the Silicon Valley legend control of his company.

7, Musk (who is known for his eccentric and oftentimes erratic behavior, online and off) tweeted to his more than 22 million followers that he had secured the necessary funding to take Tesla private.

It would have been the largest corporate buyout of all time and it would have come at a very odd price.

Am considering taking Tesla private at $420. 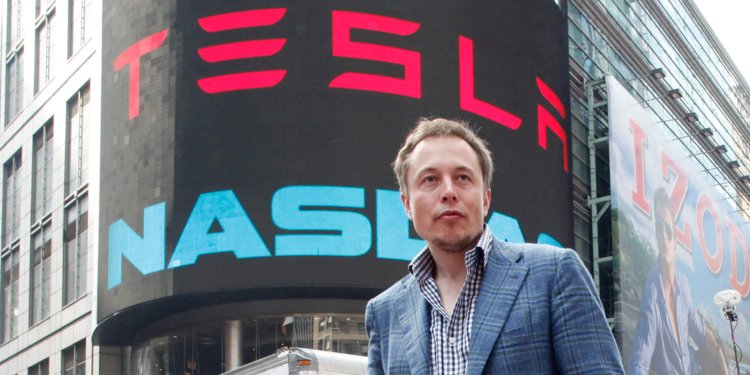 In a civil-securities fraud complaint filed Thursday in federal court in Manhattan, the Securities and Exchange Commission said that, in fact, Musk did not have the funding and never had any conversations with investors.

Instead, the SEC claims tweet was a marijuana joke made for the benefit of his girlfriend, the singer Grimes.

According to the SEC, “Musk stated that he rounded up the price to $420 because he had recently learned about the number’s significance in marijuana culture and thought his girlfriend ‘would find it funny, which admittedly is not a great reason to pick a price.’”

Per the SEC’s lawsuit, Elon Musk went with $420 because he had “recently learned about the number’s significance in marijuana culture” $TSLApic.twitter.com/hFn0JopAOG

As most sentient humans and surely every reader of this publication knows full well, the number “420” is near synonymous in mainstream culture with cannabis.

(For more on the origin of the term, and how it evolved from an inside joke among Northern California teenagers to the Grateful Dead tour to the greater lexicon of slang, you can go here.)

In a statement released to the media, Musk denied the allegations.

“This unjustified action by the SEC leaves me deeply saddened and disappointed,” Musk said, according to the Wall Street Journal.

“I have always taken action in the best interests of truth, transparency and investors. Integrity is the most important value in my life and the facts will show I never compromised this in any way.”

Toying with the markets is very serious business. If the SEC’s suit is successful, it could ban Musk from serving as the officer or director of any U.S.

Seventeen days after the initial tweet, when Musk backtracked and said that he would not take his company private, he said in an interview that the $420 was not a weed reference.

There’s a reason for the word ‘stoned.’ You just sit there like a stone on weed.'”

The episode is only the latest in a string of eyebrow-raising public incidents and allegations for Musk that are either drug-fueled or drug-adjacent.

The singer Azealia Banks claimed in a series of Instagram stories that Musk liked to tweet while on acid, an allegation Musk denied.

Something nobody can deny is that Musk smoked marijuana — quite likely a blunt rolled with a Backwoods cigar — during a videotaped appearance on Joe Rogan’s podcast.

After Musk’s hit, shares in Tesla, which is still publicly traded, dropped nearly 9 percent, to around $263.24 a share.

The fallout from his $420 tweet could be much more costly to Musk’s company.

Experts interviewed by the Journal indicated that the feds have an easy case.

Weinberg Center for Corporate Governance at the University of Delaware, told the newspaper.

“He said in the tweet he had financing, and apparently he didn’t. … It’s about as straightforward as you can get.”

TELL US, do you think Musk should be at risk for losing his company for a 420 joke?