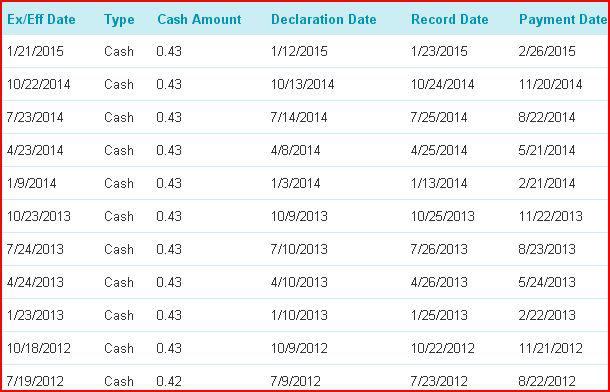 According to industry reports there were 12,000,000 shares authorized, with an underwriter's option for an additional 1,800,000 shares, through February 11.

Tough Day For A Debut

REITs had been on a tear since the beginning of the year, but turned in their worst performance as a sector since September 12, 2014.

The Labor Department reported the strongest jobs growth in 17 years, which triggered fears that interest rates will soon be on the rise.

2. The interest rate on the 10-year Treasury Note spiked up from 1.82 to 1.96 percent serving to confirm that fear.

The two most interest rate sensitive REIT Sectors were hit the hardest: Single-Tenant Triple-Net down 4.2 percent and Health Care REITs down 4.1 percent on the day.

Bloomberg noted that these types of landlords "tend to be viewed as bond-like investments because they typically have tenants with long leases."

As fate would have it, this new office REIT is laser focused on leasing space in Class-A buildings occupied by various U.S government agencies on long-term leases negotiated with the GSA (Government Services Authority).

The initial lease terms typically range from between 10 to 20 years.

The current Easterly 29 building portfolio breaks out at 26 government tenants along with 3 legacy private sector occupied buildings, (which in aggregate account for less than 5 percent of lease income).

The IPO portfolio totals about 2.4 million square feet of space with an average weighted lease term of 10 years. 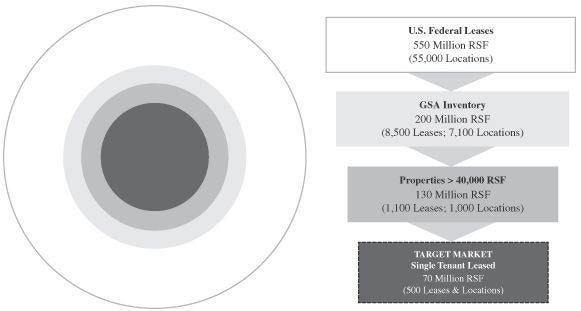 There are 500 leases and locations containing 70 million rentable square feet in GSA single-tenant facilities according to this company graphic.

Here's a snippet from the Easterly prospectus filed with the SEC:

We then focus on properties that are critical to the selected agencies with the following attributes:

• in strategic locations to facilitate the tenant agency's mission;

• in the case of acquisitions, are less than 20 years old;

• in the case of developments, have a minimum lease term of ten years;

• have build-to-suit features; and

• are focused on environmental sustainability.

Our initial portfolio is diversified among U.S.

Government tenant agencies, which include a number of the U.S. 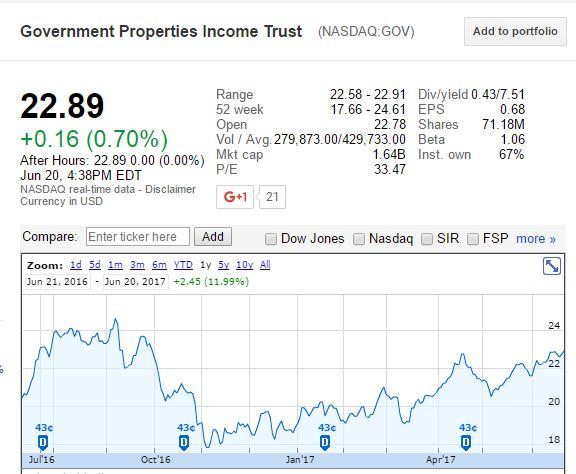 Government's largest and most essential agencies, such as the Drug Enforcement Administration, the Federal Bureau of Investigation, the Internal Revenue Service and the Patent and Trademark Office."

"The average initial term of our GSA leases," they add, "is 16.6 years, and GSA leases expiring on or before December 31, 2018 represented approximately 23% of our total annualized lease income as of September 30, 2014.

Historical lease renewal spreads within our target market can be seen in the chart below." 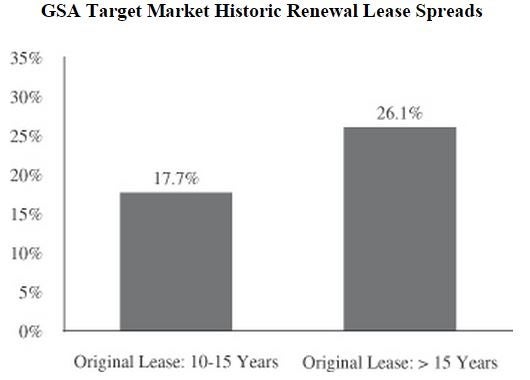 They go further: "Fragmented Market: The largest owner of GSA-leased assets owns approximately 3% of the GSA-leased market by RSF as of October 2014.

The ten largest owners of GSA-leased assets collectively own approximately 15% of the GSA-leased market by RSF as of October 2014."

The aptly-named Government Properties Income Trust (NYSE: GOV) has the most similar business plan and property portfolio to Easterly.

It also has a much larger market cap of ~$1.6 billion.

On the surface, it appears that this new Easterly IPO has a business model that may have some headwinds to contend with in the near term.

However, with the vast majority of its leases backed by the U.S.

Government, it appears that its excellent tenant credit profile is a distinct advantage.

Benzinga does not provide investment advice. All rights reserved.