Once known for seemingly benign products such as Saran food wrap, Dow Chemical later found itself widely denounced as a war criminal for its role in producing napalm and Agent Orange for U.S.

Still later, it was at the center of controversies over dioxin, defective breast implants made by its Dow Corning joint venture, and its refusal, after acquiring Union Carbide in 2001, to assume any responsibility for the thousands of people killed or disabled by a massive toxic leak at a pesticide plant run by that company in India.

In late 2015 Dow and its long-time competitor DuPont announced plans to merge and then split into three companies.

During the 1960s and early 1970s, Dow Chemical was a prime target of the antiwar movement because of its role in the production of napalm and Agent Orange used by U.S.

troops in Vietnam. Napalm, a thickening agent for jellied gasoline used in flamethrowers and incendiary devices, became a symbol of U.S. destructive power in the war, especially against civilians. A photograph of a nine-year-old girl whose clothes had been burned off by a napalm bomb became one of the most disturbing images from the war.

Agent Orange was a defoliant used to deprive guerillas of cover and to pressure peasants to relocate to areas under U.S.

military control. Nearly 20 million gallons of the substance were sprayed on the country. Millions of Vietnamese suffered horrible health effects from exposure both during the war and for many year afterward, as the dioxin from Agent Orange lingered in the environment.

In 2004 the Vietnam Association for Victims of Agent Orange (VAVA) filed a lawsuit in federal court against Dow and other companies on behalf of Vietnamese victims.

Dow CEO Focuses on Dividend in Split From DowDupont

The case was dismissed the following year and the dismissal was upheld in 2007. Separate lawsuits brought on behalf of U.S.

veterans against Dow and other companies were settled out of court (see below).

Although terms like “environment” and “pollution” were not used at the time, Dow Chemical had problems with noxious emissions from its operations in Midland, Michigan almost from the very beginning.

Only much later did the issue move from one of the annoyance of local residents at offensive odors to charges of serious health hazards.

Although the main controversy over the use of Dow’s Agent Orange during the Vietnam War concerned the vast number of deaths and suffering it caused, there were also environmental issues.

The deforestation upset the ecological balance of many areas, and the lingering dioxin in soil and water caused ongoing contamination of the food chain.

The use of Agent Orange also had repercussions back in the United States.

The company also found itself the target of thousands of lawsuits filed by Vietnam veterans who charged that the dioxin in Agent Orange had caused liver damage, nervous disorders, birth defects, and other health problems.

For a long time, Dow downplayed the risks of dioxin, but after the Agent Orange lawsuits were consolidated, documents were disclosed showing that the company was aware as early as 1965 that dioxin was exceptionally toxic. The case against Dow and other Agent Orange producers was settled out of court in 1984 with the creation of a $180 million fund.

During the early 1980s Dow led a campaign to reverse a ban on the production of an herbicide called 2,4,5-T—an ingredient in Agent Orange.

Remaining stocks of the defoliant, which had been produced by Dow since 1948, continued to be used after the war to spray rice fields and range lands in the United States.

As concerns over dioxin exposure widened, Dow resisted giving the EPA some key documents about dioxin contamination at its plant in Midland.

It also came to light that an EPA official had allowed Dow to edit an agency report on dioxin to remove references to the company’s contamination of waterways in Michigan. In 1983 Dow launched a $3 million campaign to persuade the public that dioxin was nothing to worry about. That campaign struggled to compete with news reports such as those that in the 1960s Dow tested dioxin on inmates at a prison in Pennsylvania.

Dow’s resistance to a dioxin clean-up in Midland continued for years.

In 2004 an article in the Detroit Free Press headlined BATTLE RAGES OVER CLEANUP OF DOW’S TOXIC LEGACY stated: “For 16 years, since a federal study said Dow Chemical Co. dioxin posed substantial health risks, the state and Dow have bickered over how and when a cleanup should begin, amid charges of Dow foot-dragging and spotty state enforcement.”

In 2007 the Free Pressobtained a confidential EPA report describing Dow’s efforts to delay a cleanup and mislead the public about the dangers of dioxin.

The following year the EPA’s top administrator in the Midwest said she had been forced to resign by the Bush Administration because of her efforts to get Dow to finally start dealing with dioxin contamination.

Finally, in 2009, Dow and the EPA announced an agreement on a cleanup plan. In July 2011 the Dow agreed to pay $2.5 million to the EPA to settle alleged violations of the Clean Air Act, the Clean Water Act and the Resource Conservation and Recovery Act at its Midland operation.

Dioxin was not Dow’s only environmental controversy.

For example: In 2002 Dow Chemical agreed to spend $3 million on wetlands restoration in California to settle a lawsuit brought by the environmental group San Francisco BayKeeper charging that the company had unlawfully discharged contaminated water at its Pittsburg, California plant.

In 2008 Dow and Rockwell International, both of which had been government contractors at the former Rocky Flats nuclear weapons plant in Colorado, were ordered by a federal court to pay a total of more than $900 million in damages and interest to nearby residents who claimed they were harmed by airborne contamination from the facility.

An appeals court threw out the award in 2010.

When it acquired Union Carbide in 2001, Dow became embroiled in the controversy surrounding the Bhopal disaster, one of the worst industrial accidents of all time.

Part of a Winning Team

In 1984 a pesticide plant operated by a Union Carbide subsidiary in Bhopal, India released a vast quantity of the highly toxic gas methyl isocyanate. More than 8,000 people died in the immediate aftermath of the incident, and many thousands more suffered serious harms from exposure to the gas, including genetic damage that affected their offspring.

Union Carbide paid compensation of $470 million, far below what many advocates felt was necessary to care for the victims and their families.

After the merger, Bhopal advocates began to pressure Dow to do more, but the company insisted that it had not assumed Union Carbide’s liabilities and thus had no responsibility to help.

On the 20th anniversary of the disaster in 2004, an activist-prankster impersonating a Dow spokesperson pretended to announce during an interview with the BBC that the company had decided to take financial responsibility.

The announcement that Dow had been chosen to supply fabric used for the exterior of the stadium at the 2012 London Olympics set off international protests.

Legal actions continued to be brought against Dow in Indian courts.

In 2012 the Madhya Pradesh High Court dismissed a petition filed by Dow, thus increasing the possibility that Bhopal victims may once again have their day in court.

Starting in the early 1980s, Dow Corning began to be hit with individual and then class action lawsuits filed by women claiming that they had developed autoimmune diseases as a result of silicone leakage from breast implants produced by the company.

In 1992, following a review of Dow Corning internal company documents suggesting that the implants had been rushed to market without complete safety tests, the U.S. Food and Drug Administration called for a moratorium on new implants.

The New York Timesreported that the documents revealed that Dow Corning executives had delayed conducting critical safety studies for more than a decade.

Dow Corning quit the implant business in 1992, though it continued to insist on the safety of the product. Later that year, the company admitted that it had submitted falsified data on implants to the FDA (Wall Street Journal, 11/3/1992).

After several multi-billion-dollar tentative settlements had been announced, plaintiffs’ lawyers revealed that among the two million pages of documents released by Dow Corning in the case was a 1975 company study showing that exposure to the silicone in implants harmed the immune system of mice. Faced with the prospect of even more litigation, Dow Corning filed for Chapter 11 protection in 1995 and remained in bankruptcy for nine years.

In 1998 the company agreed to pay $3.2 billion to plaintiffs to settle the estimated 19,000 pending implant lawsuits.

Many of the suits were consolidated in a class action case that Merrell Dow won in 1986, but the company (which was later sold to Hoechst) had already discontinued the drug.

In 1980 the New York Timesdisclosed that during the 1960s the medical director at Dow's huge facility in Freeport, Texas began reporting evidence of genetic damage in workers exposed to benzene and epichlorohydrin.

Management, however, did not want employees to be notified of the danger.

In 1984 a group of workers employed in banana plantations in Costa Rica filed suit against Dow and Shell Oil in state court in Texas, alleging that they suffered harm, including sterility, from exposure to the pesticide DBCP produced by the companies and used on the plantations. The case was settled out of court for an amount believed to be about $20 million.

In 2002 a Nicaraguan judge ordered Dow, Shell and Standard Fruit to pay one group of workers $490 million. 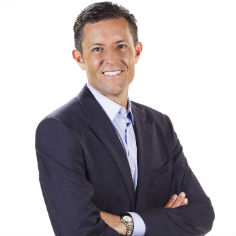 The following year, however, a federal court ruled that the judgment could not be enforced in the United States.

Dow had a tradition of paternalism--a profit-sharing plan was established as early as 1900--but Midland factory workers were organized by District 50 of the United Mine Workers. The first strike occurred in 1948, when the union was seeking bigger postwar raises than the company could abide. The walkout lasted for four weeks, ending with a compromise.

District 50 later became part of the United Steel Workers, and the employees at Dow's Midland operations, by far the largest organized group in the company, became members of Local 12075 of that union.

In 1974, amid fat times for company, Dow withstood a 121-day strike in Midland by using employees outside union jurisdiction to maintain operations.

Earlier, during the 1960s Dow had broken several locals of the International Chemical Workers.

In 2002 unions representing Dow Chemical and Dow Corning workers in the United States and Canada formed a network to fight what they charged was an increasingly anti-union stance being taken by the company. In 2007 the Belgian corporate ethics watchdog Ethibel gave low marks to Dow for various reasons, including its labor relations practices.

In 2006 local authorities in Dow’s headquarters city of Midland, Michigan agreed to pay the company $35 million to resolve a decade-old dispute in which Dow claimed it was being overcharged for city and county property taxes.

In 2013 a federal judge ordered Dow to pay $1.2 billion in damages after a jury ruled against the company in a price-fixing case involving polyurethane foam.

International Campaign for Justice in Bhopal

The Dow Story: The History of the Dow Chemical Company by Don Whitehead (McGraw-Hill, 1968).

The Foreign Policy of a Multinational Enterprise: An Analysis of the Policy Interactions of Dow Chemical & the U.S. by Gordon K. 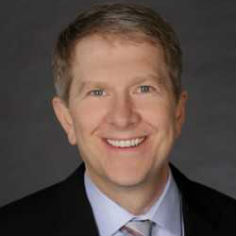