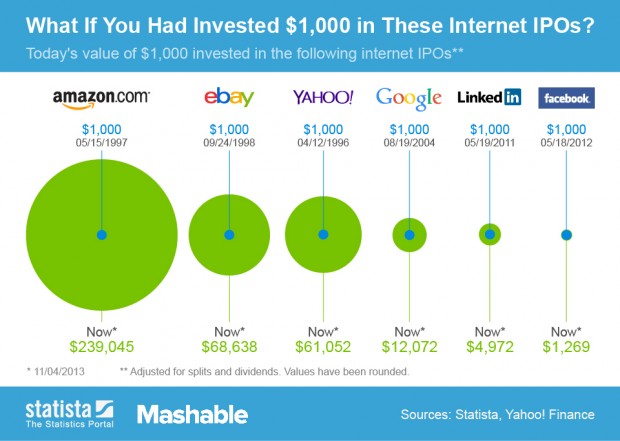 Amazon.com’s meteoric rise in recent years is nothing short of phenomenal, with Wall Street applauding all of the way. 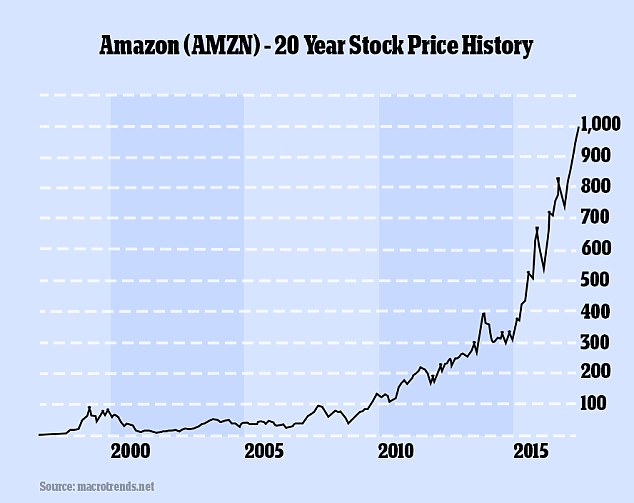 Now, this chart — produced by Statista — shows just how amazing the ride has been since the 1997 IPO.

Of course, a lot of folks bailed on Amazon.com when it was cratering during the dot-com collapse. But since then — especially in the last few years — the stock has surged.

How has the company performed so well?

Of course, founder Jeff Bezos has shown a persistence unlike many entrepreneurs, and his focus on long-term thinking and willingness to be “misunderstood” is something that Wall Street continues to reward (though not every tech company gets that luxury).

Statista put together the chart in anticipation of Twitter’s pending IPO, which is expected Thursday.

Could Twitter show these types of returns in your view?

We will start to see what happens later this week.