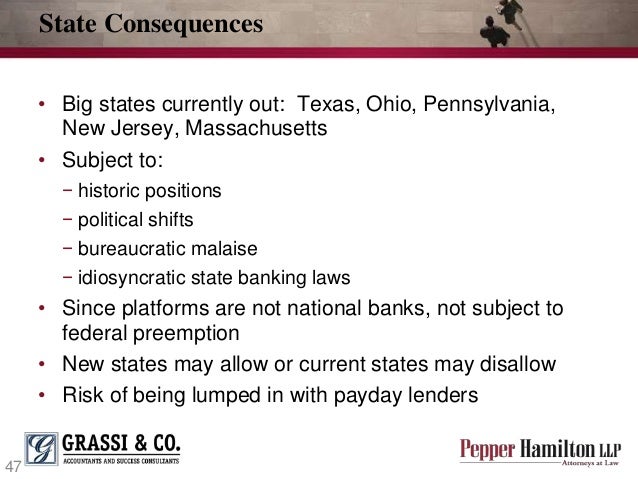 This item discusses recent taxpayer-favorable guidance provided by the IRS and the Tax Court on the tax treatment of transaction costs.

A deduction is allowed under Sec. 162(a) for ordinary and necessary expenses paid or incurred in carrying on a trade or business.

However, a taxpayer must capitalize transaction costs that facilitate the acquisition or creation of an intangible asset, the taxable acquisition of a trade or business, restructuring or reorganization of a business entity, and certain other covered transactions described in Regs.

The regulations do not address the treatment of amounts a taxpayer is required to capitalize in certain other transactions to which Regs.

1.263(a)-5 applies (for example, amounts required to be capitalized in tax-free transactions, costs of a target in a taxable stock acquisition, and stock issuance costs). The IRS and Treasury stated in Notice 2004-18 that they intended to issue separate guidance to address the treatment of these amounts and at that time will consider whether such amounts should be eligible for the 15-year safe-harbor amortization period described in Regs.

Costs that are not inherently facilitative and costs that are incurred prior to a bright-line date are not required to be capitalized under Regs. Sec. 1.263(a)-5. While these costs are generally deductible under Sec.

An amount is inherently facilitative under Regs.

Sec. 1.263(a)-5(e)(1) requires capitalization of costs (that are not inherently facilitative) incurred by the taxpayer when investigating or pursuing a covered transaction only if such costs relate to activities performed on or after the bright-line date, which is the earlier of:

Sec. 1.263(a)-5(f) provides detailed rules on the supporting records required from the taxpayer to establish the extent to which costs relating to a covered transaction are allocable to activities that do not facilitate the transaction and are thus potentially deductible.

However, the regulations do not define “supporting records.” In general, the documentation must consist of more than a mere allocation between facilitative activities and activities that do not facilitate the transaction.

The records must identify the activities performed, the fee allocable to those activities, the date of performance, and the service provider.

Regs. Sec. 1.446-5 also provides rules for the allocation of transaction costs incurred by a borrower that the borrower is required to capitalize under Regs.

Allocation Spreadsheets in Support of Deduction

In Technical Advice Memorandum (TAM) 201002036, the IRS concluded that allocation spreadsheets developed by an accounting firm regarding fees paid by a corporation to professional advisers qualified as supporting records under Regs.

Sec. 1.263(a)-5(f). The taxpayer, which was the target in a corporate acquisition in which it became a wholly owned subsidiary, hired an accounting firm to conduct a study of transaction costs incurred in the form of investment banking services performed to assist with the taxpayer’s sale. The accounting firm developed cost allocation spreadsheets in conjunction with the service providers through interviews with employees on activities performed and estimates of time spent on those activities.

The TAM states that even though the documents were not directly produced by the service provider (i.e., investment banker) but by an accounting firm, based on interviews with the service provider, the spreadsheets satisfied the contemporaneous documentation requirement and could be used in determining what part of the fees may be deducted in connection with the acquisition.

However, the TAM makes it clear that the IRS’s Large and Mid-Size Business Division has to evaluate whether the taxpayer maintained sufficient documentation through the interview process to establish what portion of the service fees was allocable between facilitative and nonfacilitative costs despite the lack of detailed invoices or timesheets.

In Letter Ruling 200953014, the IRS ruled on the tax treatment of various costs associated with a merger transaction, including fees for financial advice, legal services, due diligence services, and expenses to arrange debt financing for the transaction.

Sec. 1.263(a)-5(e)(3) and that all transaction costs were paid or reimbursed by the target at or before closing.

The target also represented that its method of accounting for the debt issuance costs was in compliance with Regs. Sec. 1.446-5. The target stated that the costs at issue were not inherently facilitative because they were incurred in the process of investigating or otherwise pursuing a covered transaction before the bright-line date.

The target also stressed that the transaction enhanced the growth of its business, an important argument to sustain the business expansion principle allowing a deduction under Sec.

162 for all allocable pre-bright-line date costs.

The IRS concluded that the target should determine the allocation of costs based on all available evidence, including documents generated in connection with the transaction (i.e., engagement letters, minutes, calendar entries, general ledger entries, and financial statements). Moreover, it ruled that investigatory due diligence costs that were incurred before the bright-line date and were not inherently facilitative or allocable to the financing could be immediately deducted under Sec.

How can we help you?

The IRS ruled that a portion of the fees paid to the financier, financial advisers, legal counsel, accounting professionals, and general service providers could be allocated to the underlying debt instrument and would be allocable under Regs.

Legal Fees in an Asset Acquisition

West Covina Motors, Inc., T.C. Memo. 2009-291, discusses the allocation of transaction costs to a buyer in a taxable asset acquisition. More specifically, the Tax Court dealt with the question of whether legal fees incurred in the acquisition of a car dealership were solely related to inventory and deductible as soon as the inventory was sold.

West Covina paid acquisition-related legal fees to Clippinger’s counsel for document drafting and review as well as various other services related to inventory financing and to the overall Clippinger acquisition.

In a previous decision, the Tax Court stated that West Covina had not provided sufficient substantiation that any fees were allocable entirely to inventory (West Covina Motors, Inc., T.C.

Once all the other classes reach full fair market value, any residual is then allocable to the last class or to goodwill. The court had originally concluded that the excess legal fees were not part of the inventory but were capital expenditures because they were incurred in connection with the purchase of the business’s capital assets.

In the second case, based on new documentation provided by West Covina, the IRS and West Covina came to an agreement on the allocation of the total Clippinger purchase price to the assets.

However, despite agreeing to this allocation, the IRS contended that the taxpayer had to use the residual methodology to allocate the legal fees.

The Tax Court disagreed with the IRS, finding that the legal fees could be allocated proportionately to the assets with which they were associated if both parties agreed on the allocation of the purchase price.

Therefore, it held that some of the legal fees that were paid could be allocated to the physical inventory and thus would become deductible business expenses in the year the inventory turned over. The Tax Court explained in its decision that Sec.

1060 mandates the use of the residual methodology only to prevent abuses where an agreement does not exist to prevent adverse parties from taking inconsistent tax positions relating to the allocation of transaction costs.

These recent issues illustrate that both the IRS and the Tax Court take a wide array of supporting records into account when determining the deductibility of transaction costs.

Because the applicable tax law and regulations tie in with the facts and circumstances of the transaction, the taxpayer’s thoroughness in providing supporting records may determine the tax treatment of transaction costs.

For additional information about these items, contact Mr. Anderson at (301) 634-0222 or [email protected]

Unless otherwise noted, contributors are members of or associated with BDO Seidman, LLP.